(The Hosting News) – SiteGround web hosting has started a massive switch of all its servers from Fantastico to Softaculous Auto-Installer in late December last year and has recently reported that the results after the three months usage of the software are quite positive.

The main reason for the switch reported by the hosting company was the fact that updates of all applications are available faster in Softaculous. “We wanted to make it easier for our customers to update as this is critical for their website security and we believe is extremely important.” says Nikolay Todorov, CTO at SiteGround.com. “Now three months later our customers have been continuously expressing their satisfaction with the immediate update availability offered by the new solution and we have seen a rising numbers of application updates happening.”

The easier access to updates was not the only improvement reported by the company. The company claims that now with the help of Softacuous, it provides nearly 200 more applications for auto-install than before, including MediaWiki and Magento which are quite popular among SiteGround users. Faster problem resolutions by the auto-installer support and a convenient API were also some of the main things SiteGround has reported as positive benefits after the switch. “The communication with the Softaculous team is very easy and thanks to their API we are able to automate and customize the software installation and update processes on our servers, which was impossible before. We know now that the migration of all our 1100+ servers was worth it!” added Mr. Todorov.

SiteGround is a leading web hosting company that specifically targets different application users and is known for the extra services it provides to them. The company supports about 500 scripts on shared platform and a lot more on Dedicated, Semi-Dedicated and Cloud servers. Some of the most popular scripts are Joomla, Drupal, WordPress, osCommerce, PhpBB, vBulletin, Magento, and a lot more applications. For more information you can visit: www.siteground.com

Full page cache is not working, when switching to developer mode, there is not even a X-Magento-Cache-Debug header

Tushar Lashkari, Director of Unleaded Software Solutions Private Limited office in Ahmedabad, India, is Magento certified as of April 26, 2013. He […] 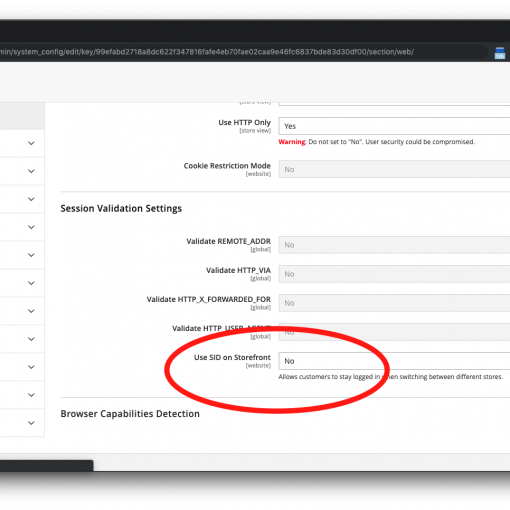 Since I installed my store I see the SID code in my URLs but I don’t know why it’s there, I found […]